I was given an exercise to do.  Stare up into the sky, find a cloud naturally (don't look for one, yet just let one find you) and watch it for 5 minutes.  I had some resistance at first, the sun burning my eyes and making it difficult to watch any clouds.  I turned the other way and that's when I found it.

There was one cloud, and it looked like a tree! A full tree, with a trunk.  I was immediately transported to a mental vision of sitting under a tree on a beautiful day, in the shade, enjoying the calm quiet and peace.  It was not even a moment later that the tree figure began to dissipate and the cloud broke off into two parts.  The left side merged into another cloud, and the right side broke off on its own.  By the time I noticed that 4 minutes had passed, the two remaining clouds had joined together to create one huge, puffy cloud in the bright blue sky.  The most incredible part of this whole experience is that I did not even see it happen, yet I was watching intently.

The clouds ever so gracefully moved at a peaceful pace... slow yet rapid all at the same time.  They were beautiful; huge white puffs - unblemished and perfect - that looked so amazing I felt I could pick them like cotton candy. Or snuggle in them.

I took a lot with me, from that very simple and quick exercise. It was rather meditative.

I learned that the clouds moved with peace and serenity.  They broke apart on their own, they merged into other clouds.  They were completely individual yet interconnected in every way.  They were constantly evolving into new shapes, sizes and were moving in and out of groups of other clouds.  It happened so gracefully, I couldn't even distinguish the exact moment it happened that two clouds became one, or vice versa. 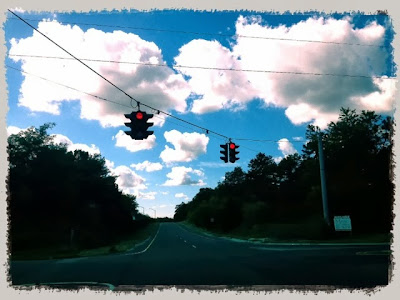 I highly recommend this exercise. Take a moment from your day to stop and be still. Sit in your car a few extra minutes. Sit outside. Look out the window. Watch one cloud that grabs your attention. Listen to the voice inside you. Play. What does the cloud look like to you? How do you feel remaining quiet and observing?

Then... Be a cloud! Move with serenity in and out of the day. Floating in one door and out another. Let the sun shine through your beautiful soul as you dance alone or with a partner or a group. As you switch hats, as the cloud changes form. And rest - as the clouds vanish into the black night sky. 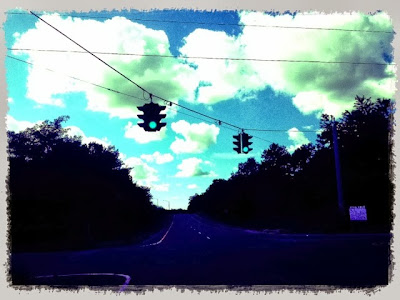